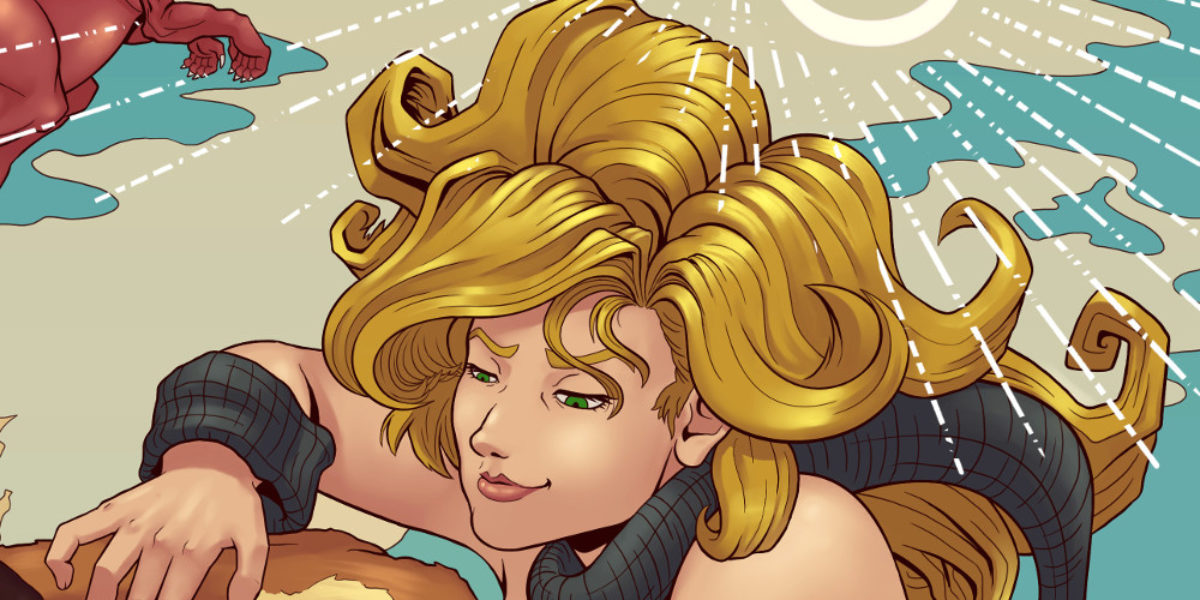 The first illustration among many upcoming ones in a personal Tarot project that me and few others have been undertaking lately, where I create the art for the symbolism devised by those who understand decks like the Rider-Waite to help visualize it. These cards are also inspired by another classic story that has a cult-following but has largely been forgotten by the mainstream.

Can you guess who the character in this image is?

Gnashing teeth, volcanic roars. This fervour of the beast that prowls unchecked bellows with ancient, primal energy. One would think that true strength emanates from this animalistic spirit, but upon sniffing its blind-spots it finds itself incomplete.

Which is why the maiden, the ultimate predator of passion, neither lets it loose nor subdues it, nor takes it upon herself to match its strength to tame the wild thing. She locks gazes with it, she touches it, she asks it. Because she understands it.

And it bows so its hungry heart can be still to accept honor, courage and sacrifice, while it also never forgets to ride ferociously knowing that to win is to live, and to lose is to die.

Made entirely in Krita, an open-source painting app, with some minor touches in GIMP, on Ubuntu.

If you’d like to see more of these and support me as I complete at least the Major Arcana, you can support me via Patreon: www.patreon.com/cyanlos

If you’d instead like to commission me for some original art, you can also contact me for one.