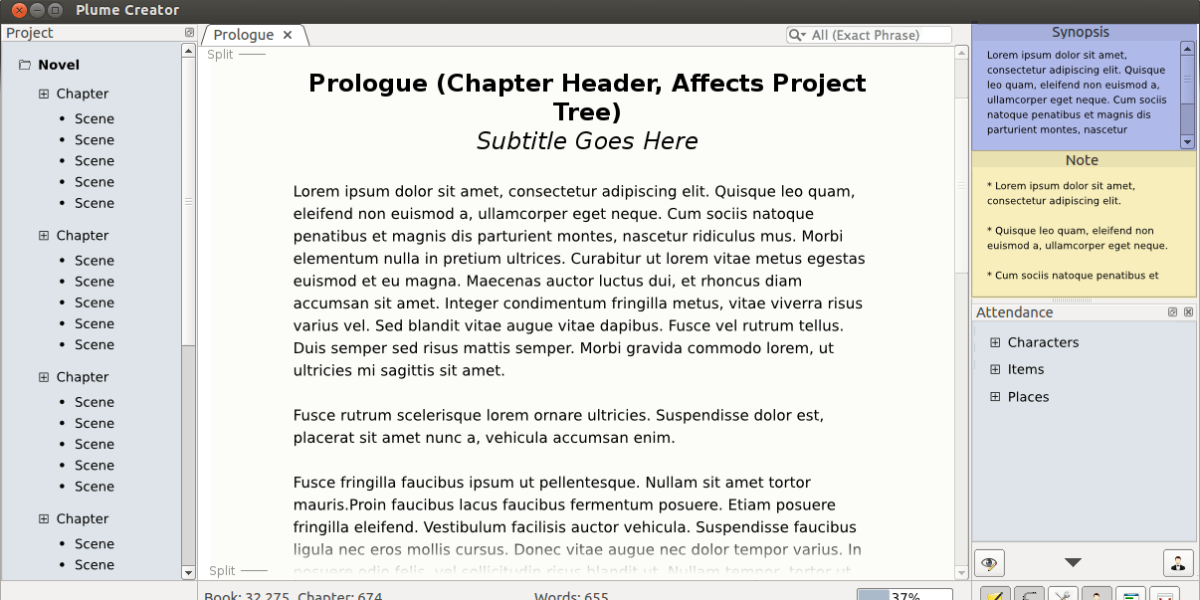 A while back, trying to look for a good novel-writing solution for Ubuntu / Linux, I bumped into a software called Plume Creator. I quickly grew very fond of it, and decided to use it exclusively for most of my stories. Eventually, however, some ui quirks began to bother me, so I asked the developer if I could help design it better. Fortunately, he was open to it, and we began working with other testers, who also provided great UI feedback, to help make Plume better!

What it looked like back then (image courtesy of Ken McConnel).

Here’s what (and I how) I contributed.

While not everything made it in, all our efforts were worth it: We got a better Plume!

UPDATE: Though I did not intend on stopping there. Sometime later, in the June of 2016, I decided to brainstorm a hypothetical “Plume for Mobile” idea. While the developer himself may had no intention on building upon it, I just wanted to have some pure creative fun to imagine what this hypothetical app may look and function like with files synced directly with the desktop version via cloud.