RIP Isao Takahata – On Trapping Sunlight in a Box 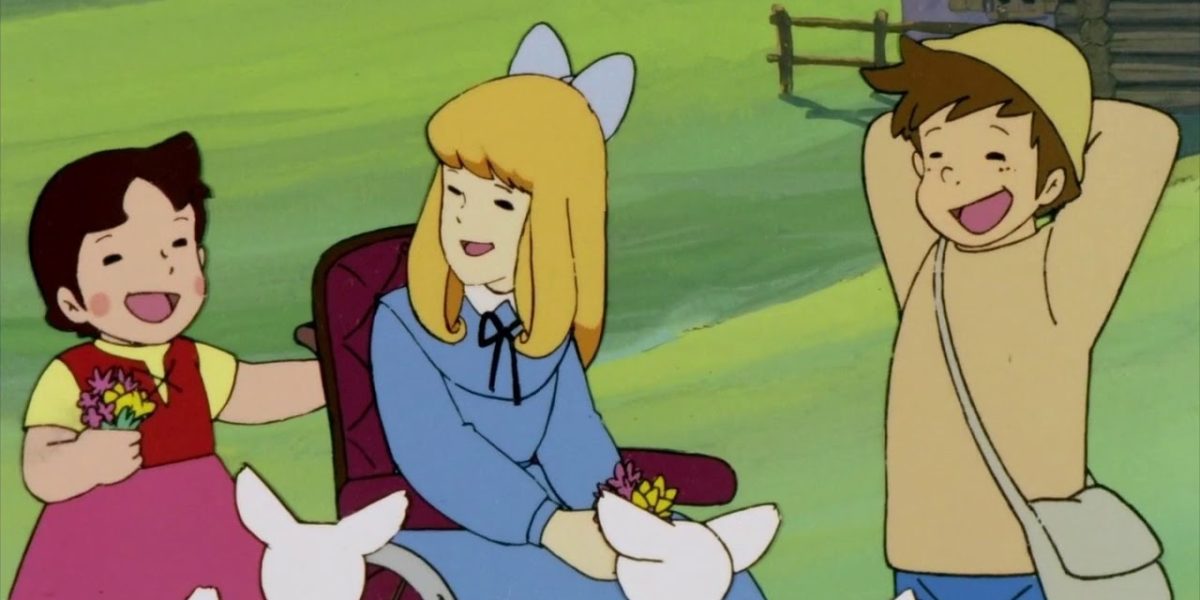 I’ve just heard the news that Isao Takahata, of Studio Ghibli and passed away today.

I can’t claim to be a big fan of his, as I have yet to watch several of his works — including Grave of the Fireflies — he has left me with some really prominent childhood memories with a classic show from the World Masterpiece Theater, Heidi, Girl of the Alps.

At a time when I was just kid interested in mostly action-shows, somehow this simple slice-of-life story not only kept me coming back to it every day as it aired on television, but also made me want to one day live in the mountains of Germany. It did not just capture my attention, it captured my soul.

It’s been over a decade (perhaps 2) since I’ve watched this show, so I’ve likely forgotten the details of it — feel free to correct me where needed — but I’d like to recall what I felt while watching it at the time.

In Heidi, Girl of the Alps, as far as I remember, the arcs are divided into three parts — getting used to life in the Alps, going to Frankfurt, and returning to the Alps. The arcs are determined by the location the protagonist is supposed to be in, and the tone also shifts dramatically because of it.

As a kid, I did not like the Frankfurt arc because it was very effective at what it wanted to convey, and that is making me feel the same thing that Heidi felt: homesick, claustrophobic, shackled, wanting to go back to the brighter (even if more dangerous) world of nature, despite her caretaker’s objection. It suppressed your energy and absorbed your creativity into its dreary walls. (That’s not to say the caretaker was oppressive; on the contrary, she was just doing her duty, looking out for the kids, disciplining them and keeping them safe — even if it meant doing so with a cold heart.)

But there’s still one scene in that arc which stuck with me till this day:

When the doctor told everyone that perhaps medicines alone may not be able to heal Clara (Heidi’s then disabled friend), and that perhaps Clara needs some sunlight, Heidi went about trying to find this said sunlight. Upon flowering the plants at a balcony, she saw the sunlight reflecting off the water. She believed she could trap that sunlight in the water with flowers and send them to Clara, so that it can help her recover.

Now, obviously, even as a kid, you knew that wasn’t going to work. Things don’t work like that! You knew she was going to fail and disappoint everybody, including herself. Yet, somehow, you still wanted to stick around to see what happens next.

Sure enough, it happens exactly as you expected it to: Heidi is confused about where the sunlight vanished to, her caretaker is pretty angry, and there’s some tragic laughter to be had, etc.

And yet, at that moment, her naivety, her innocence and her considerate sentiments towards her new best-friend lay bare something that, up until now, you inherently knew but couldn’t put into words. You cannot capture the sunlight in a box. You cannot package nature and bring it home. You cannot leash the fresh winds of the forests and mountains to some castle in the middle of a dreary city — it will simply lose the spirit that makes it so wonderful to feel in the first place. If you want — nay, need — nature, you must be one with it. Away from the walls that protect you. Away from the darkness that shelters you.

This story was less about the fact that Heidi was trapped in a dreary, protective fortress, and more about the fact that she represented Nature’s Calling. Calling out to another different character who was new, pale, weak, fragile, and could not walk. It primed you for what was to come: the next part of the story, the return to the Alps. Only this time, Heidi may not be going back on her own. The mountains, through Heidi, were calling Clara.

Balzac often hit home the fact that a person is indistinguishable from his environment, and that couldn’t be truer for Heidi and Clara’s caretaker, Rottenmeier. She herself was the walls of a wealthy home in Frankfurt that she and Clara lived in: Pristine and sheltered, away from nature, away from animals, away from the sun, always trying to be (as well as keep everyone she cares for) safe. It was caring, loving and protective — but it was also cold and dark. It also made you lonely. It also suppressed your energy. It also make you weak and unable to walk.

On the other hand, the Alps is an unforgiving place — you could get chased by wild animals, you could grow sick, you could accidentally tumble down a steep slope and die. But you could see the sky. You could see the rainbows. You could bounce through the meadows with no walls to stop you. You could run with the goats and help yourself to fresh milk. You can have an adventure. It gave you the strength to try and walk up to a cliff to watch the mountains burn golden at sunset. It gave you the sense of being that you never thought you’d ever feel, the feeling of being truly alive.

This is why I find it pretty saddening that the person who made you feel so alive with his amazingly soothing direction and adaptation of a century-old novel is no longer alive himself. You can’t trap sunlight in a box, and yet somehow he did capture the collective spirit of those who were fortunate enough to experience his works.

If there’s anything that I learned from his work in Heidi, it’s that the first steps are going to be very painful, and you might fall and doubt yourself if you will ever be able go as far as you’d want to — but if you keep taking that next step either way, you might just be able to see the mountains burn at twilight. And it’ll be totally worth it.