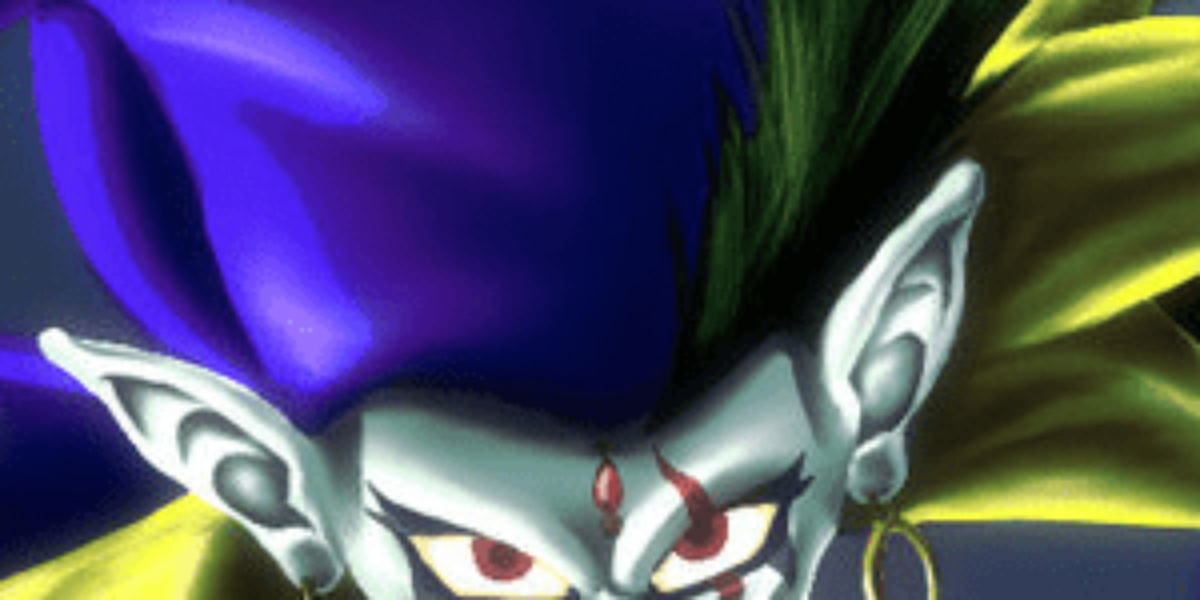 Esmeld isn’t the ONLY Goblin Commander in Viper Manor. Meet Pollon, the Green Terror (terrier?), the guy in-charge of the Manor’s security, he who devised the Sunflower incident, (supposedly) helped Lynx destroy the Viper Manor inhabitants, has weird weapon-naming tendencies, flirts with (and kills) minors, tragedy lover, and most importantly he’s a Harle prototype. (Yes, Radical Dreamers also had a harlequin with a French accent)

I try to see behind the goblins, searching for that strangely familiar voice, the one that sounded just like the sunflower’s. However, all I can make out is some sort of strange psychedelic light, emanating from behind the troupe. The light seems to be coming from a figure, whoever (or whatever) it is. As he makes his way through the crowd, I finally get a good look at him. His hairstyle reminds me of a tall green chimney, and his red and green pinstriped costume is like that of a harlequin. An over-the-top, long purple cape drags behind him as he approaches me.

“Ah, monsieur… you are mademoiselle Kid’s friend, non? I do not believe we have met. Bonsoir, Je m’appelle Pollon. T’roughout ze world, I am known as `Ze Green Terreur’. Perhapz you have heard of moi, non?”

A speed-paint on Krita and Ubuntu. I know, Pollon has red stripes on his costume, and some transparent pants like Harle’s, but I was lazy.

But you know what this means, right? I’m the FIRST FAN EVER to draw / paint BOTH the Goblin Commanders from RD!

*Looks at the art; could have been better. Needs more practice. Bleh…*